Drowning is a leading cause of death among children in low and middle-income countries in Asia. In Cambodia, it is estimated that 2200 children die every year (UNICEF 2012), however, due to the way drowning data is collected, classified and reported, the number could be much higher.

In the rural areas of Cambodia, for example, the majority of drowning deaths among children occur at home or close to home and due to the very rapid death of drowned people, children are rarely brought to health facilities which could register them. In addition to that, it also happens that instead of registering ‘drowning’ as cause of death, ‘respiratory’ or ‘heart attack’ are used to record the accident in the national statistics database, which prevents a realistic picture of the scale of the problem.

For children under four-five years old, even water jars – which are used by Cambodian families to collect water during the rainy season – constitute  potential  risks. A very common story shared by villagers to Helpcode operators, is of  children dying because they were playing close to small water containers, while their mother was cooking and not aware of what was happening.

Before the age of four, 80% of child drownings happen within 20 metres of home while after age four, they occur in the community, generally more than 100 metres from the house. Older children, who drown further from home, were swimming alone or with a same-age peers who don’t have swimming, rescue or resuscitation skills, similarly community members, who might have been close by the pond or the lake where the accidents happen.

Very recently (on the 28th and 29th of July 2018) a few cases of drowning were  reported by the local media. In Prey Nup district (Sihanoukville Province) an 8 year old girl who went fishing with her father was found dead in the canal after her father could not see her anymore. Three other children of 14 years old, who were playing in a lake, close to Ream National Park, were also found dead. 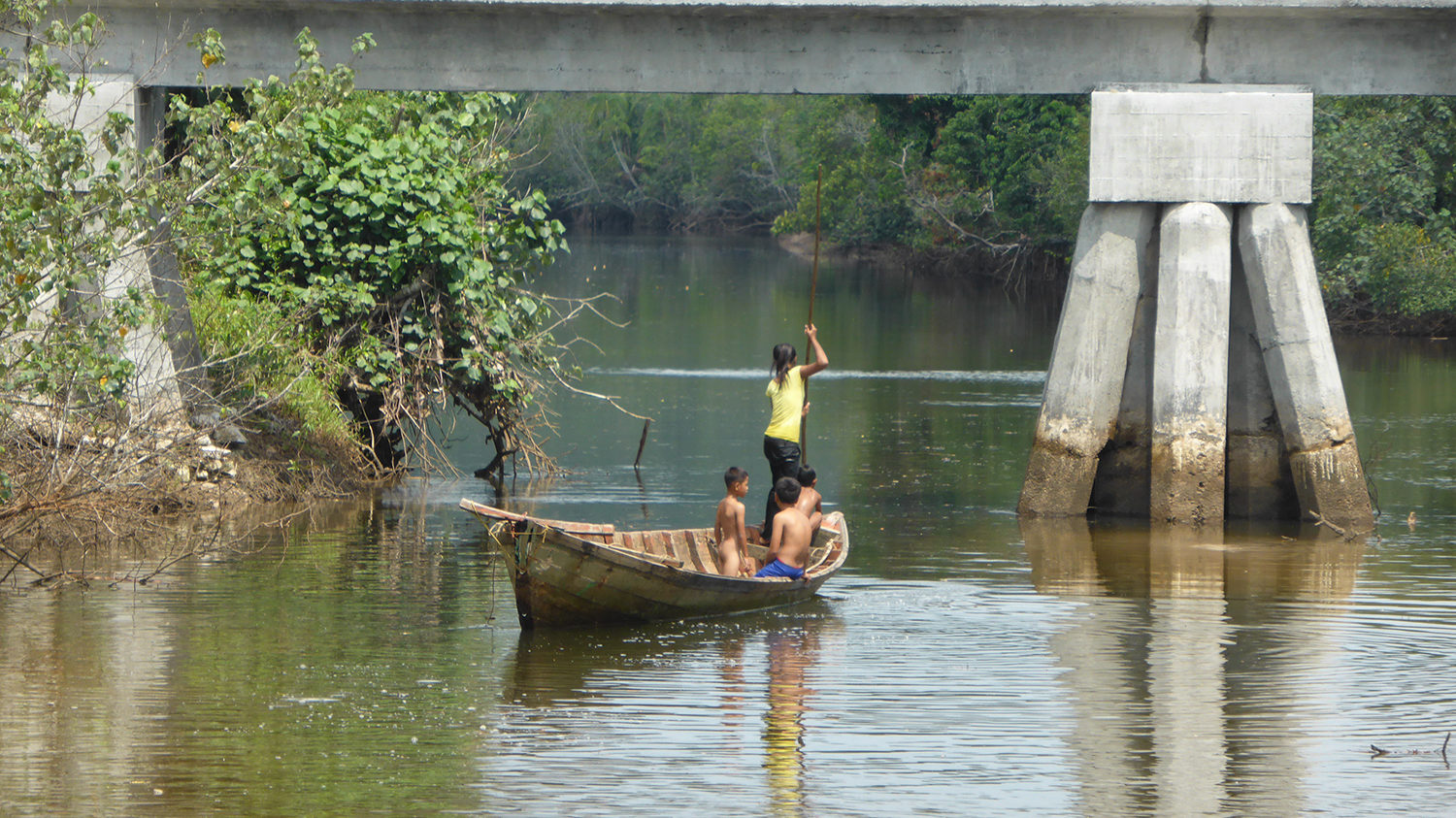 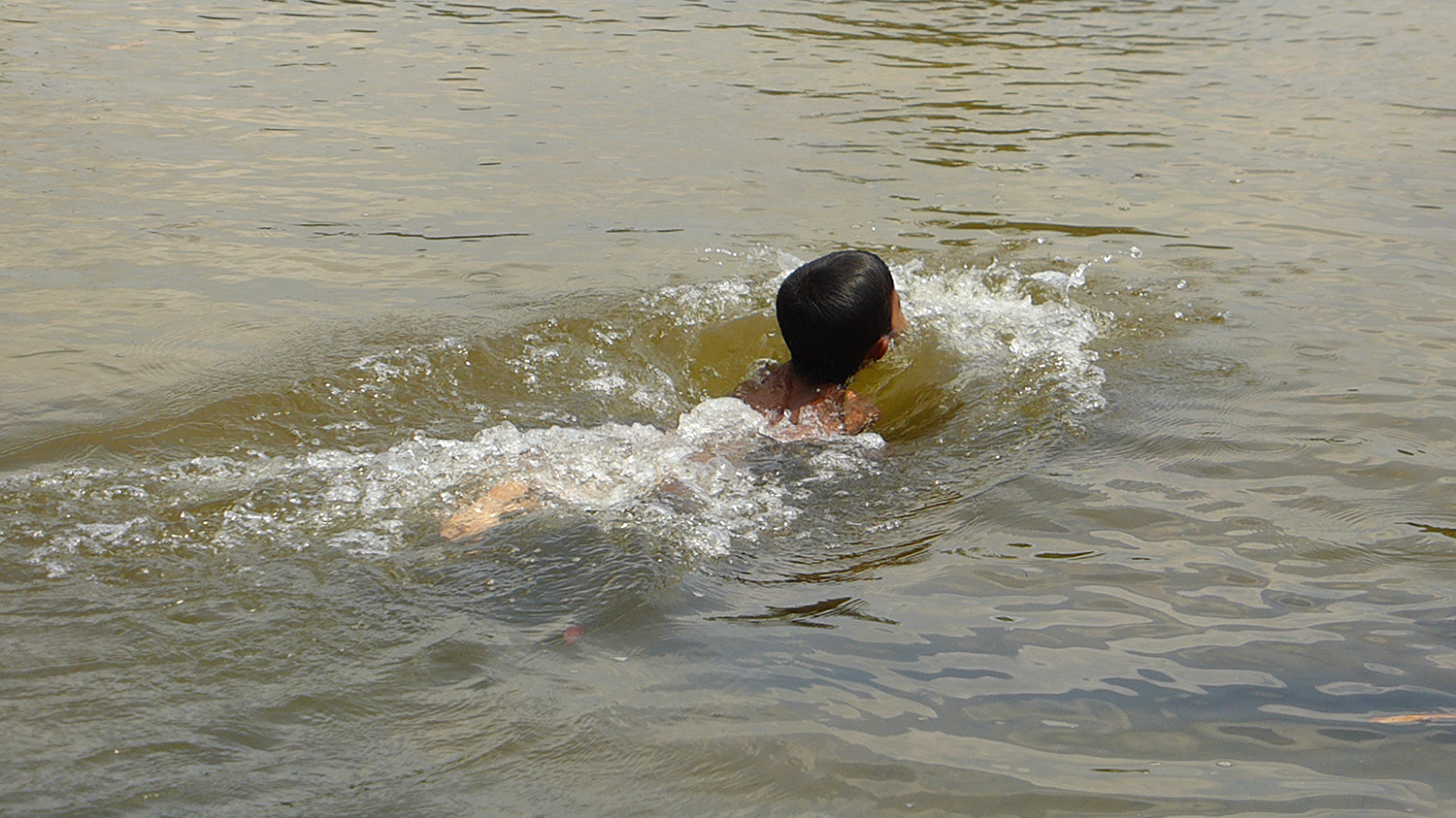 Helpcode Child Drowning Prevention Program aims to raise awareness around water safety, to keep children safe in and around water, to prevent child drowning and reduce injuries to children caused by drowning.
Trainings are tailored for children, youth and adults to encourage a prompt response in case of accidents, Helpcode trainers also teach resuscitation skills, including cardiopulmonary resuscitation (CPR) and encourage people to abandon traditional inappropriate local rescue methods, that might cause even more complications during emergencies. 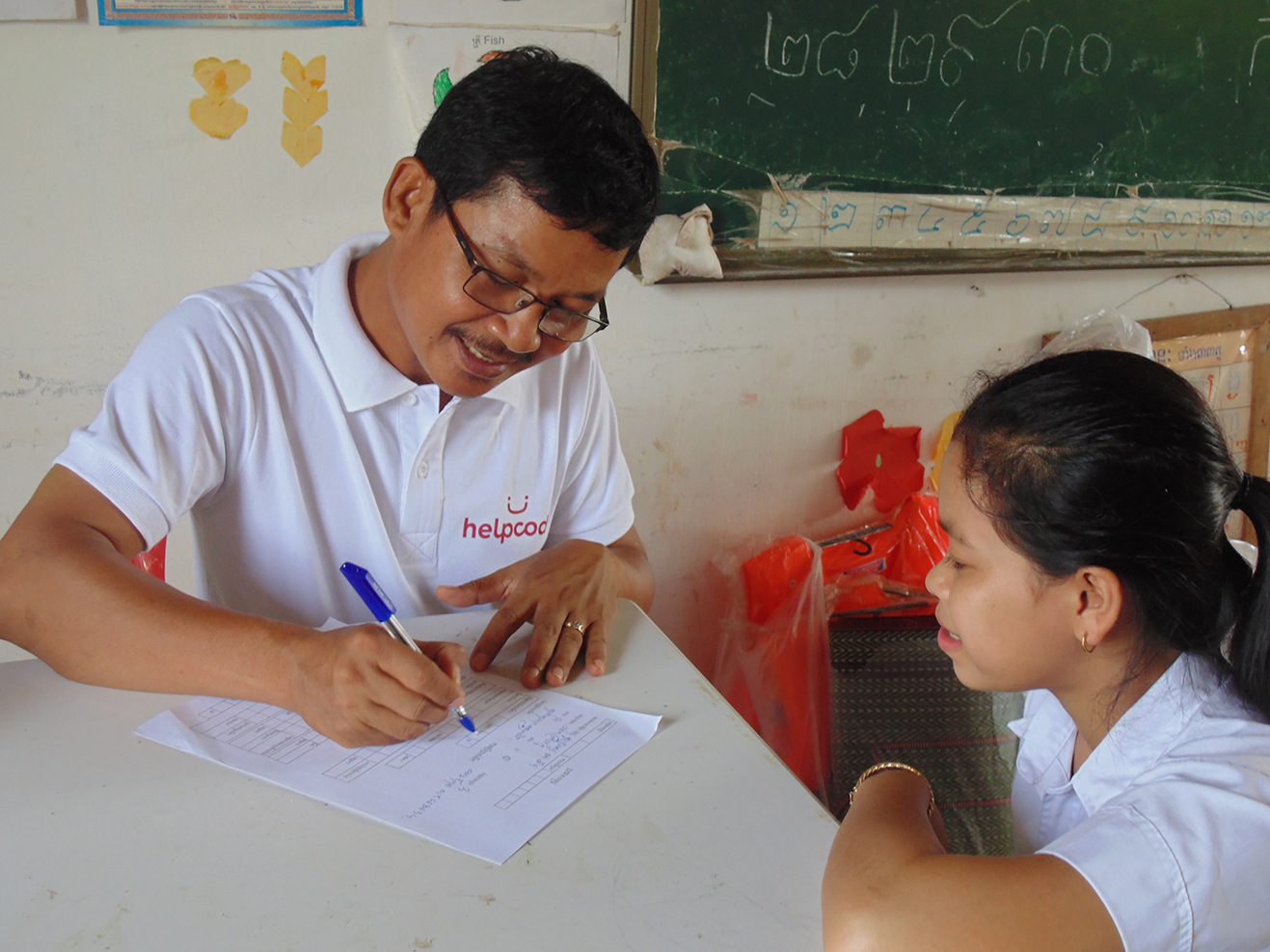 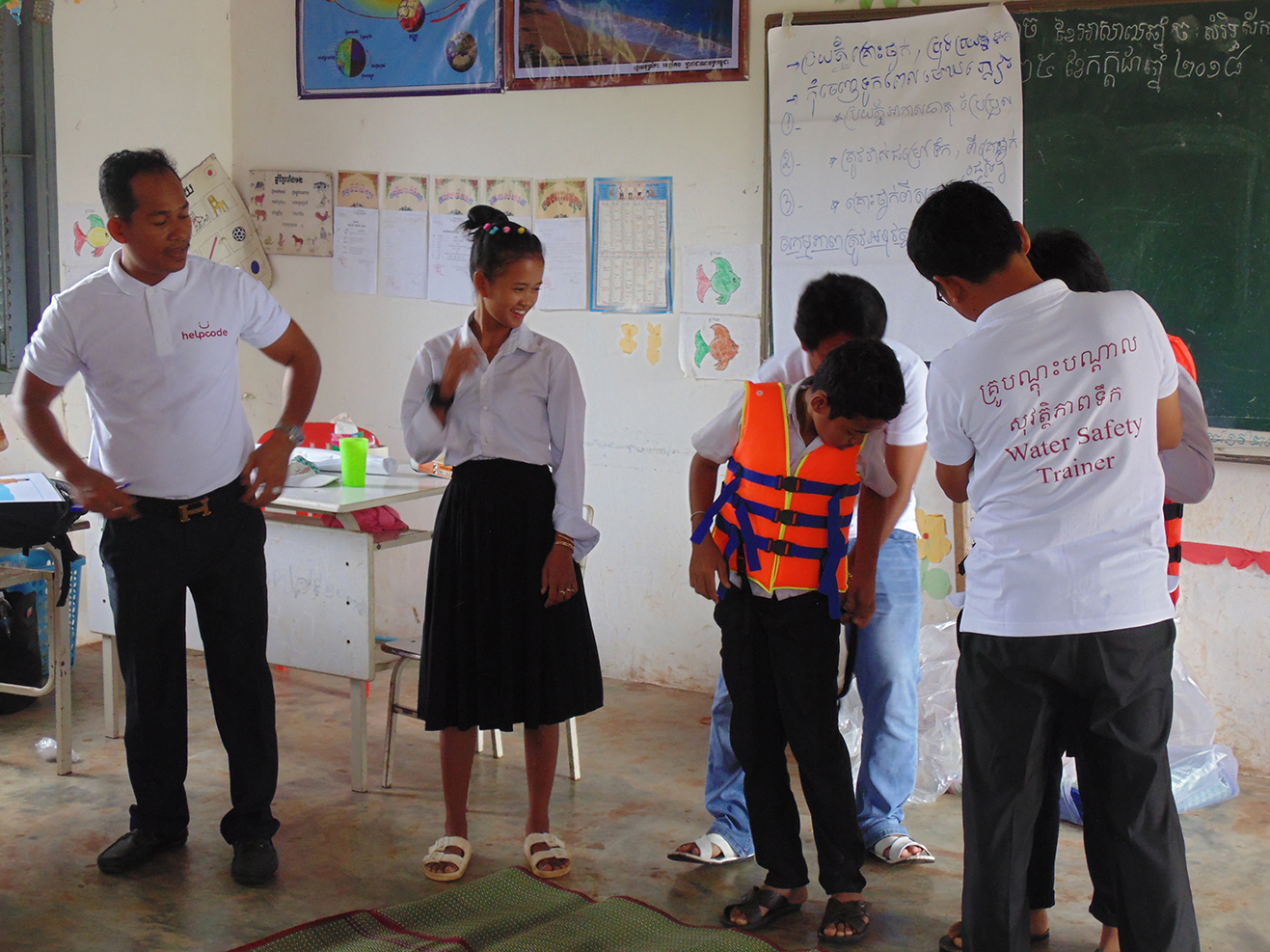 Children are encouraged to share their experience, which in many cases can be very painful as many of them know victims of drowning accidents.  They are asked to discuss common risky behaviors such as entering water alone and with very limited swimming skills or trying to help somebody in difficultly, without any equipment, instead trainers showing safer ways of helping others without putting themselves in danger.

Helpcode Child Drowning Prevention Program focusses on parents, caretakers, village heads as key people in the communities who could improve the safety of ponds and water reservoirs where children usually play. Suggestions to improve the home environment are also given to parents, to reduce risky situations for children who escape supervision and play close to water containers, such as, for example, covering all water jars and eventually flagging dangerous areas in the community.

Helpcode Child Drowning Prevention Program aims to raise awareness and to train 2000 children and 1000 adults in two Provinces in the South of Cambodia, giving a contribution to the Sustainable Development Goal 3 to prevent the deaths of children under 5 years of age. 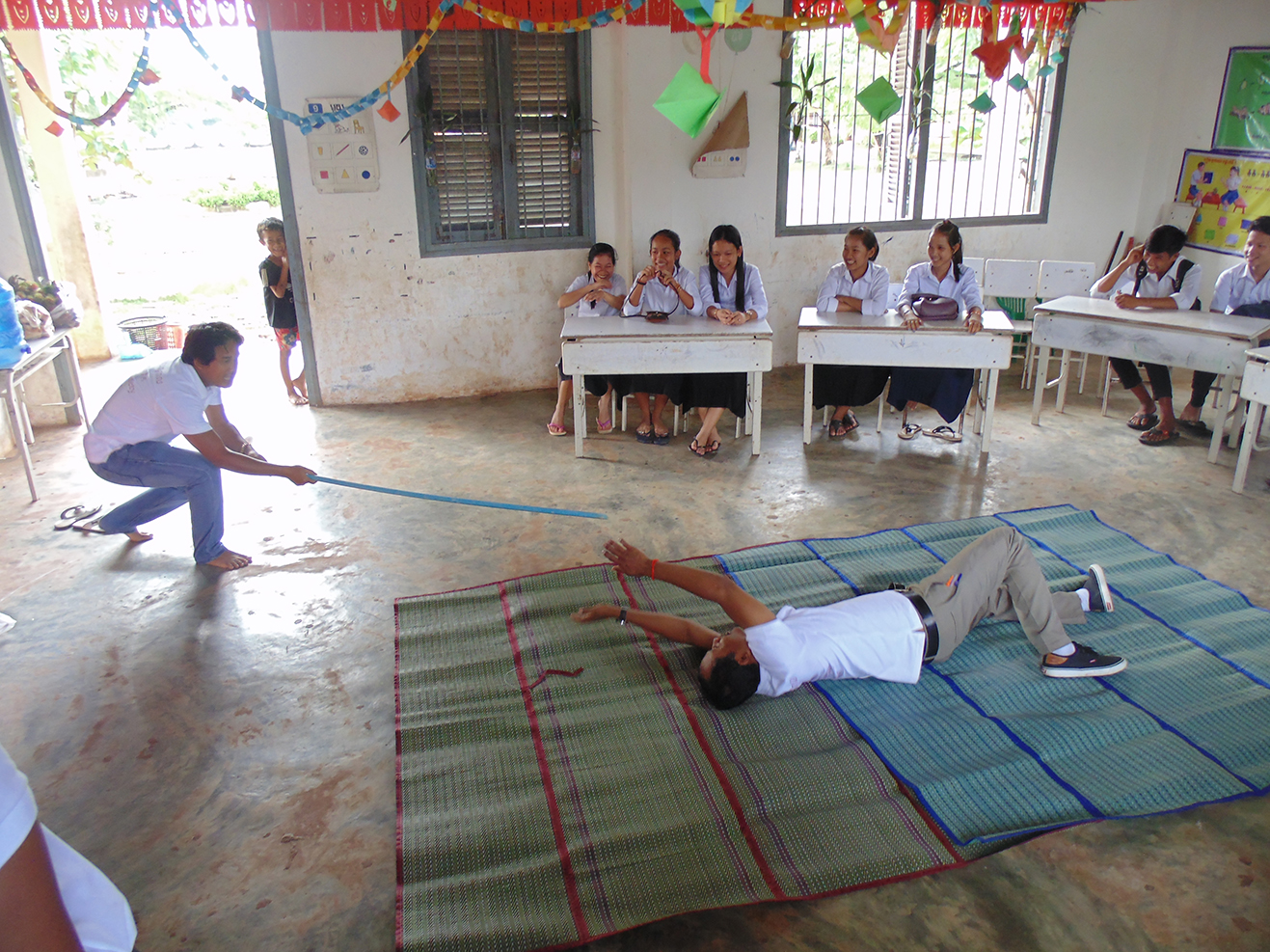 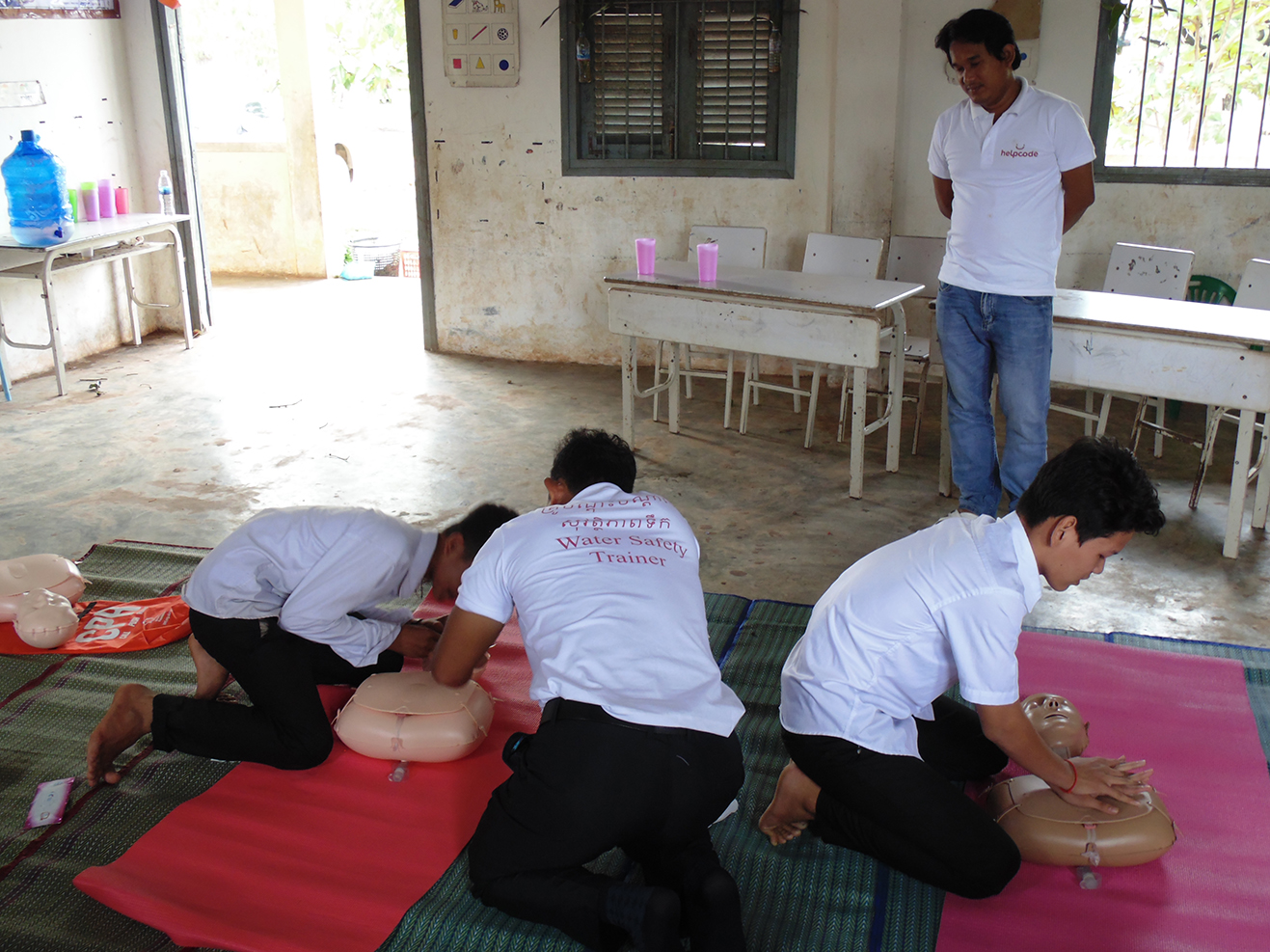